Based in Lima, Peru, Christian has more than a decade of experience in the mining industry in North and South America, the Caribbean, Europe and Africa. Christian is a Partner at SIGC, and with Aerecura he lends his Latin America expertise to deal flow generation, project management and execution. Throughout his career, Christian has been closely associated with the practices that make for world-class mining operations and projects including challenging operations as Pueblo Viejo, Paracatu, Fruta del Norte and Tasiast.

Prior to SIGC, Christian worked with international gold producer Kinross on various engineering and management projects around the globe, taking him to South America, the head office in Toronto, Canada, and Africa. 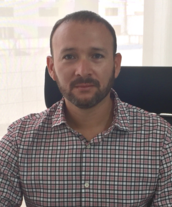 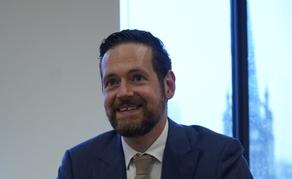 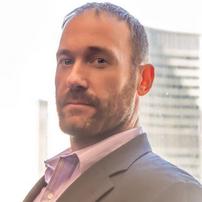 Based in Blacksburg, Virginia, Richard's career has spanned both the technical and financial aspects of the mining sector. Early in his career as a mining engineer, Richard managed projects in mining and mineral processing, in various commodities, at both open pit and underground mines around the United States. More recently Richard's work crossed over to finance, analyzing global mining companies for Canada's largest bank and as Vice President of a mining-focused investment company (Aberdeen).

Richard was awarded a Masters' Degree in Mining Engineering from Virginia Tech in 2018 and is currently working on a Doctoral Thesis at Virginia Tech.

David has been involved in finance and investment in the mining sector since 2001, most recently as President and CEO of Aberdeen International (until mid-2016), a publicly traded mining-focused investment company.

During 7 years with Aberdeen, David spearheaded a number of important investment initiatives, generating strong returns during the last bull market, and capitalizing on opportunistic transactions during the recent downturn for natural resources. Among those many deals was the spin-out of Ore Acquisition Partners LP in 2015, a private equity mining fund that he still advises today.

Prior to Aberdeen, David started his career in finance with Cormark Securities’ predecessor, Sprott Securities Inc. where over 9 years he worked on both the investment banking and research teams as an Analyst, and later a Director and member of Cormark’s Executive Committee. While a research analyst, David achieved a strong reputation as innovative stock-picker, and was in many cases the first analyst to pick up coverage of small and micro-cap stocks that would later be acquired or have grown to be large cap stocks on the TSX today.

Both of these phases: research analyst and investment manager; have helped David shape his mining industry network, valuation and diligence skills and transaction capability making him a leader amongst the next generation of mining finance.